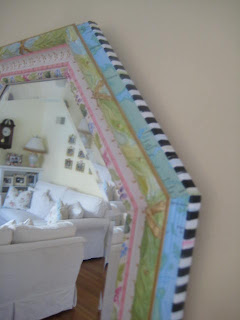 On a day when there seems more bad news than good, more sadness than joy, I wish you all Love, Peace, and Beauty. I'll be back.

Hi again...and whatever happened to my link list? I guess I misplaced it? If you want to be linked here, please let me know!

Hello out there...here I am, tinkering with my blog again. It's been a long time and I'm a little rusty. But it's nice to be here.

Bear with me. There is a lot to catch up on, about 9 months worth of news. And I know you have yours too (I still read it, actually.) But I'm not going in to my news just yet. First I just want to get back in the water and swim around a bit.

I will tell you one thing. Next month my family is going to be reunited at the Little Cottage. Yes, that's right, we're going home! I can't wait. And do you want to see what will be waiting for me when I get there?

Well, do you remember this? 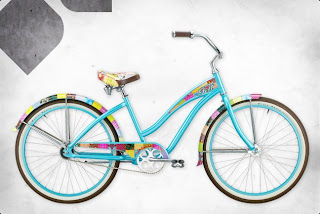 Looking forward to posts to come. Thanks for stopping by, and I'll be back again soon.

So much to say...but so little to type. I think about my blog from time to time these days. Not all the time, not even very often, actually. You probably picked up on that.

There's quite a bit going on with settling our life in our new location, and it's much more involved than telling you (showing you) where we live and how the new cottage looks.

I've enjoyed keeping my blog for many reasons, one of which is that writing about my life sometimes helps organize my thoughts. It's strange, but I sometimes notice that it takes me typing or talking out loud about something before I understand how I feel about it myself.

But before I can organize my thoughts at all and wrap my head around this new life that we've launched, I need to simply live without capturing it - yet. So, although I will continue to be here, I won't be posting for awhile.

In the meantime, I'll be checking in on you. Hope you're having a nice start to your autumn season, and that the cool night air gives you a great night's sleep.

Summary of My Last Year on the Computer

***I must send my thanks to whoever sent me the one about poison in the glue on envelopes because I now have to use a wet towel with every envelope that needs sealing.

***Also, now I have to scrub the top of every can I open for the same reason.

***I no longer have any savings because I gave it to a sick girl (Penny Brown) who is about to die in the hospital for the 1,387,258th time.

***I no longer have any money at all, but that will change once I receive the $15,000 that Bill Gates/Microsoft and AOL are sending me for participating in their special e-mail program.

***I no longer worry about my soul because I have 363,214 angels looking out for me, and St. Theresa's novena has granted my every wish.

***I no longer eat KFC because their chickens are actually horrible mutant freaks with no eyes or feathers.

***I no longer use cancer-causing deodorants even though I smell like a water buffalo on a hot day.

***Thanks to you, I have learned that my prayers only get answered if I forward an email to seven of my friends and make a wish within five minutes.

***Because of your concern, I no longer drink Coca-Cola because it can remove toilet stains.

***I no longer can buy gasoline without taking someone along to watch the car so a serial killer won't crawl into my backseat when I'm pumping gas.

***I no longer drink Pepsi or Dr. Pepper since the people who make these products are atheists who refuse to put "Under God" on their cans.

***I no longer use Saran wrap in the microwave because it causes cancer.

***And thanks for letting me know I can't boil a cup of water in the microwave anymore because it will blow up in my face,disfiguring me for life.

***I no longer check the coin return on pay phones because I could be nicked with a needle infected with AIDS.

***I no longer go to shopping malls because someone will drug me with a perfume sample and rob me.

***I no longer receive packages from UPS or FedEx since they are actually Al Qaeda in disguise.

***I no longer shop at Target since they are French and don't support our American troops or the Salvation Army.

***I no longer answer the phone because someone will ask me to dial a number for which I will get a phone bill with calls to Jamaica , Uganda , Singapore , and Uzbekistan .

***I no longer buy expensive cookies from Neiman Marcus since I now have their recipe.

***Thanks to you, I can't use anyone's toilet but mine because a big brown African spider is lurking under the seat to cause me instant death when it bites me.

***And thanks to your great advice, I can't ever pick up $5.00 in the parking lot because it probably was placed there by a molester waiting underneath my car to grab my leg.

***I can no longer drive my car because I can't buy gas from certain gas companies!

***If you don't send this e-mail to at least 144,000 people in the next 70 minutes, a large dove with diarrhea will land on your head at 5:00PM this afternoon and the fleas from 12 camels will infest your back, causing you to grow a hairy hump. I know this will occur because it actually happened to a friend of my next door neighbor's ex-mother-in-law's second husband's cousin's beautician...Have a wonderful day....

***Oh, by the way.....A South American scientist from Argentina , after a lengthy study, has discovered that people with insufficient brain activity read their email with their hand on the mouse. Don't bother taking it off now; it's too late.

I think I must have left you with a little bit of a cliff-hanger ending there, what with me saying we were off to move, then no word from me for a few days. Visions of the moving truck careening off the highway may have entered your mind. Not so, not so! We arrived here safe and sound as planned, ready to start our new life.

The first few days after we got here was acclimating ourselves to our new environment, unpacking, getting the kids adjusted to their new surroundings. It's an adjustment, but so far, so good.

School started Monday. I know it's only been a few days, but, what a change.

After only 3 days my son seems to be happy - maybe happier - than I've seen him in school ever before. This is a little boy who has been attending fairly rigorous programs for 3 years now, so he knows school. Monday morning when I walked him into his classroom his teachers were right there, calling him by name, bending down to look him straight in the eye, gently directing him. They told him that they were excited to see him, and that they were happy he was there. I found myself walking out with such different feelings from my previous departures on the first day. Instead of wondering if he was in good hands, I just knew he was. It was a very liberating feeling. When I walked out I was thinking about other things - the day ahead, my schedule for the week, errands I needed to run. And except for a few fleeting thoughts about him during the day, my mind wasn't consumed by him/school/him/school/him/school. For once.

Son #2 is also adjusting, but it could take him longer to get used to things. He cried when I left on the first day and told me the second day was "worse than the day before". I don't know what to think about this just yet, but I suspect that part of his reaction is normal feedback for a 3-almost-4 year-old not used to school, dealing with a move and not knowing anyone around him.

More to report later, but in the meantime, thanks for checking on me and us. We are doing fine and I'll hopefully find my camera cord soon so I can download pictures to share.